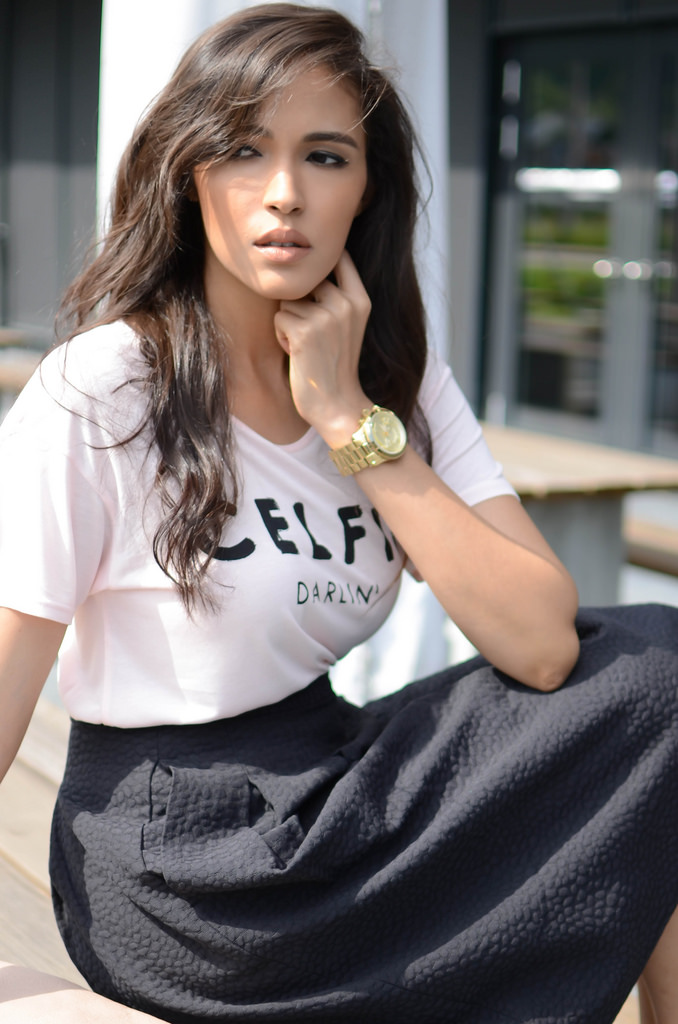 Hi people ! As you certainly know(well, who doesn't..?), yesterday was the official opening of the world football cup 2014 in Sao Paulo. The first game started with of course the organizing country Brazil and Croatia as the opponent. Oh My My… I wish I was there !!
This world cup is pretty special because it takes place in the football country where the football geniuses born(heheh..;) but also because of the current political and social context of Brazil. The country is divided. On one side, the lies of the government concerning the origin of the money which finances this big project. It cost a lot of money, we talk about billions which went out of the pocket of the taxpayer. I mean brazilian citizen, those who work hard every day to touch a mediocre salary compared from others countries. For a long time, brazilian population ask only for better conditions regarding education, health and wage. I totally agree with the brazilian who are doing demonstrations on the streets everyday in order to take advantage of the event's mediatization to show to the whole world what's really going on inside the country. To catch the world's attention on these problems will MAYBE be beneficial and bring some improvements !
And on the other side we have the Seleçao which brazilians are so proud of. In spite of all the problems involving the cup, 70% of brazilians want the Seleçao to win. So, there's a lot of pressure on player's shoulders and specially on those of Neymar. Statistics show that it's the only country with a so high percentage ! Well, it's a national passion, It's a second religion !!
All this being said, I hope that everything will end positively ! And after a crazy evening full of feelings and excitement, seeing everybody proudly sing the national anthem until the end, the shots on goals, my heart was like dancing the samba during all the game. Ok, I have to tell you that I am not crazy about football like a boy who watch all games from any team anytime, BUT during world cup I can't avoid twisting, vibrating, supporting the Seleçao and screaming in front of the screen "Vai Neymar" as he was going to hear me(hihi..) !! Love this vibe !

Turning now to the outfit which is the article's subject, here is how I pulled out a black midi skirt. I love its shape and really recommend you to wear with heels as it will flatter the silhouette much more. I matched the skirt to this funny top with the "CELFIE DARLIN'" text. It's kind of a romantic look because of the skirt. Hope you'll like it and can't wait to read your comments. 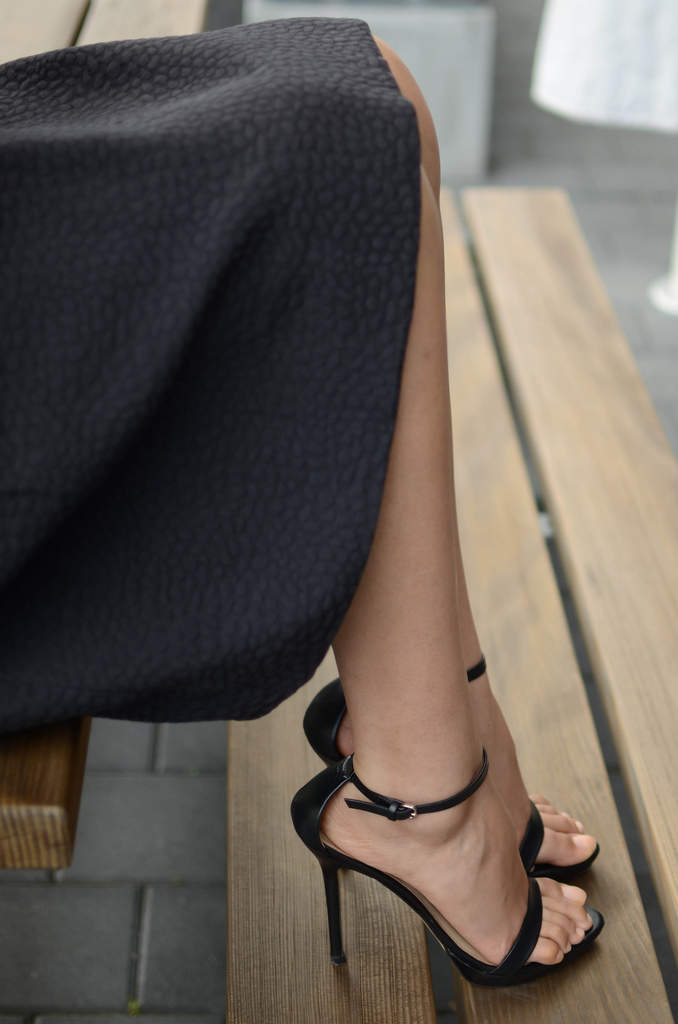 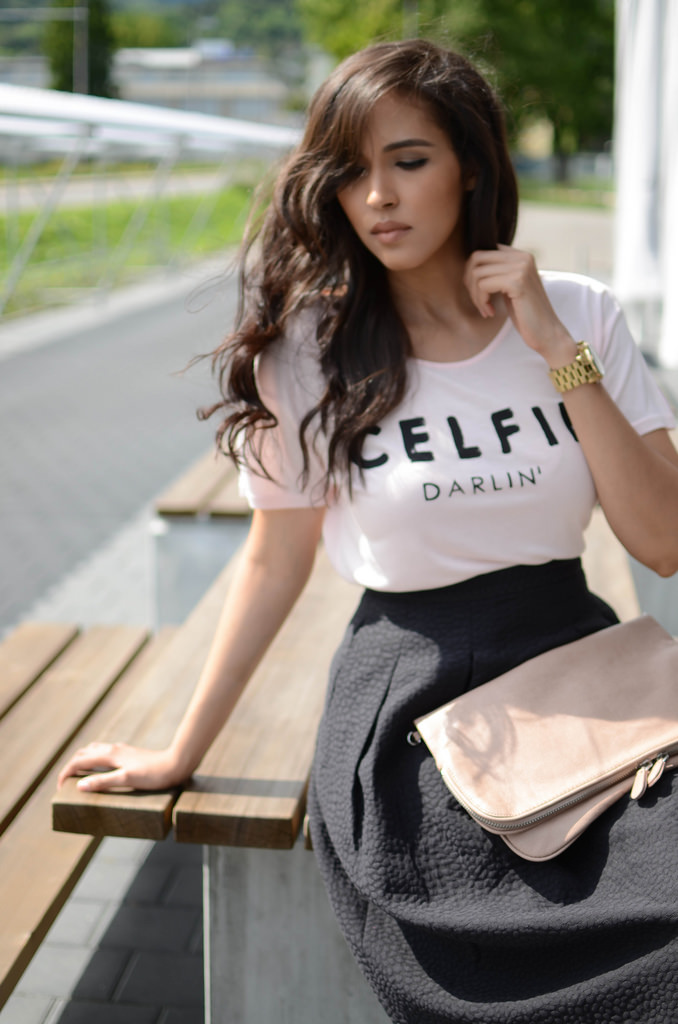 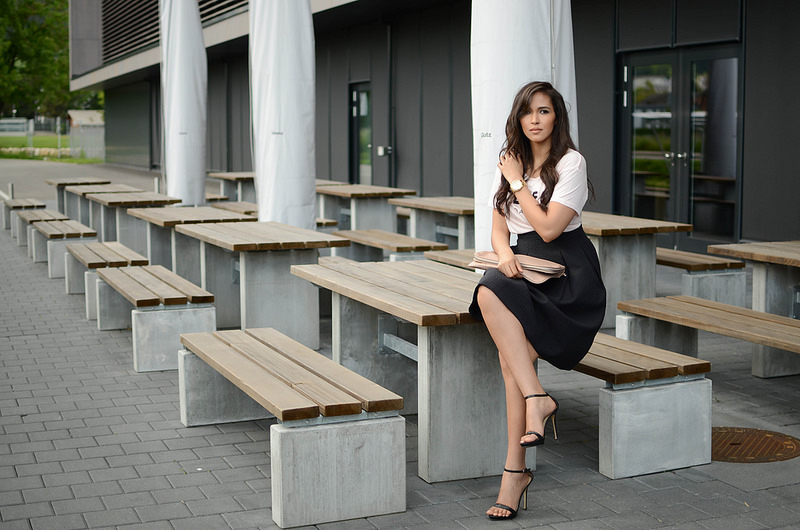 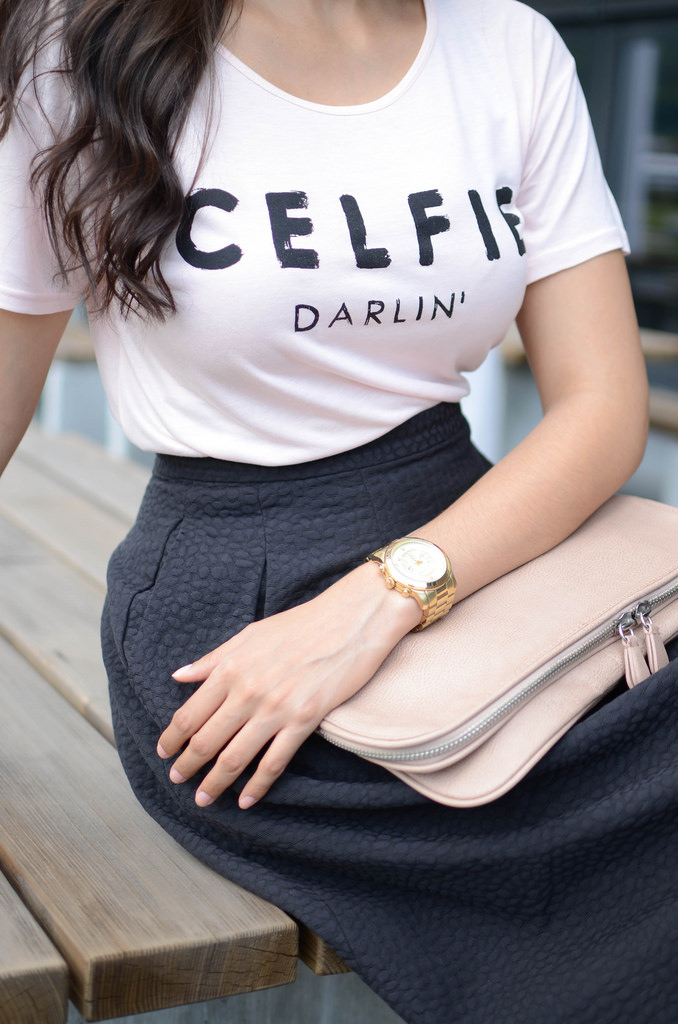 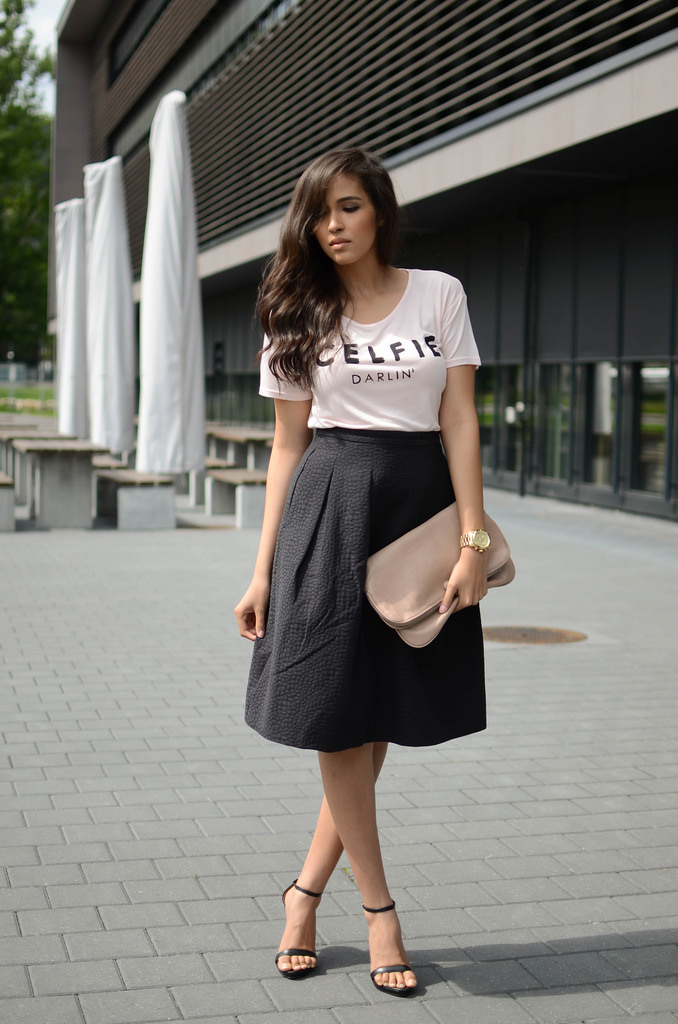 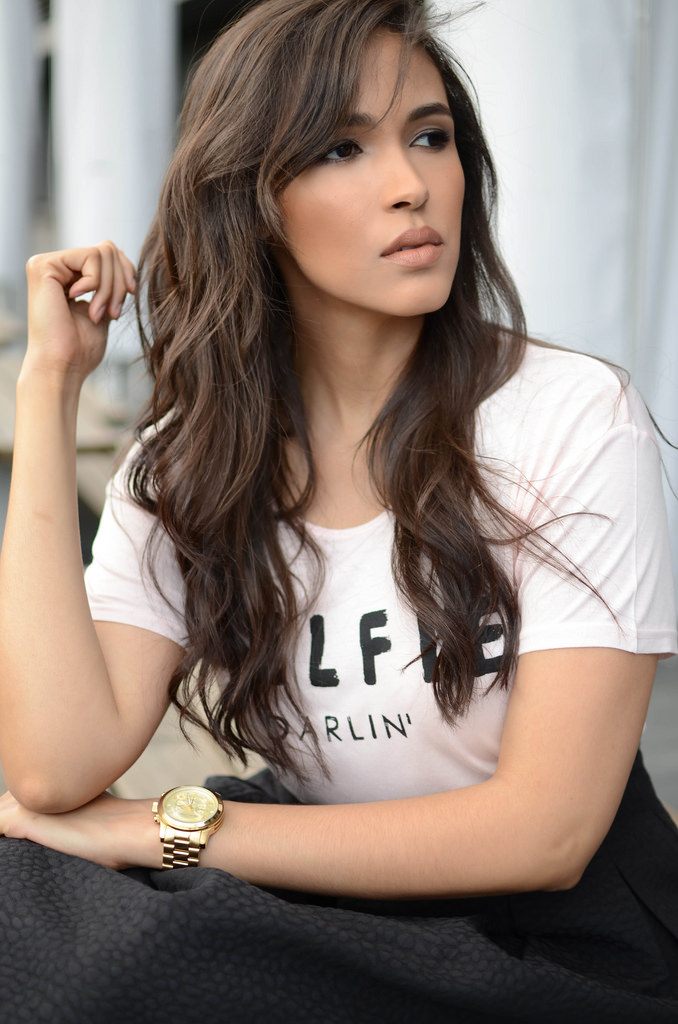 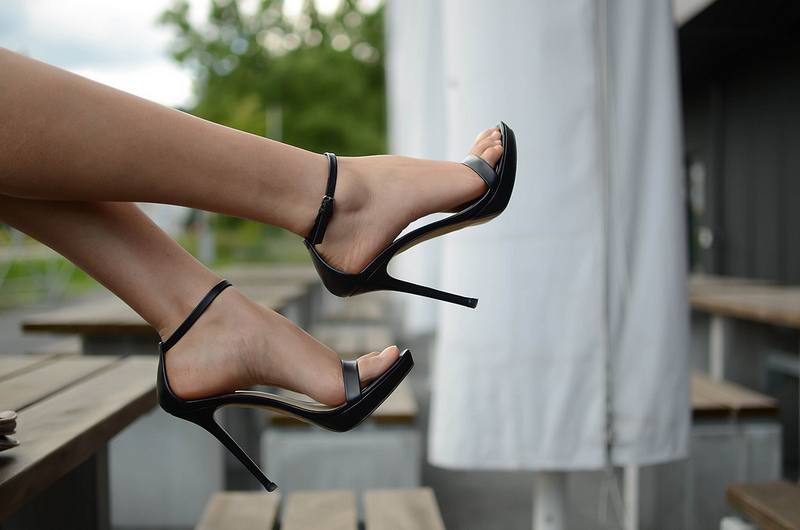 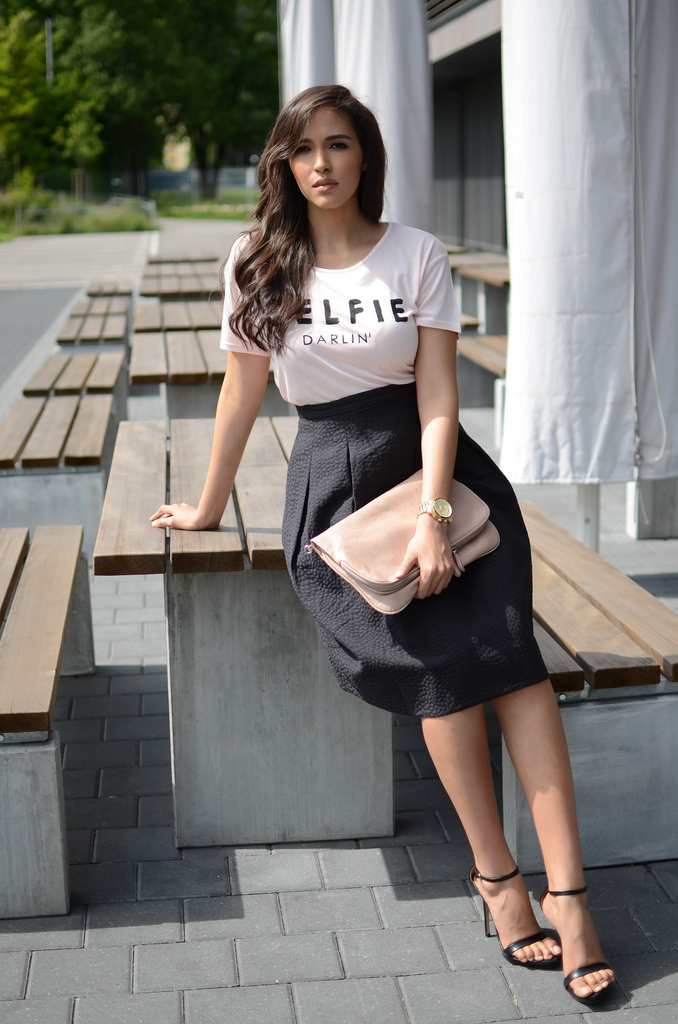 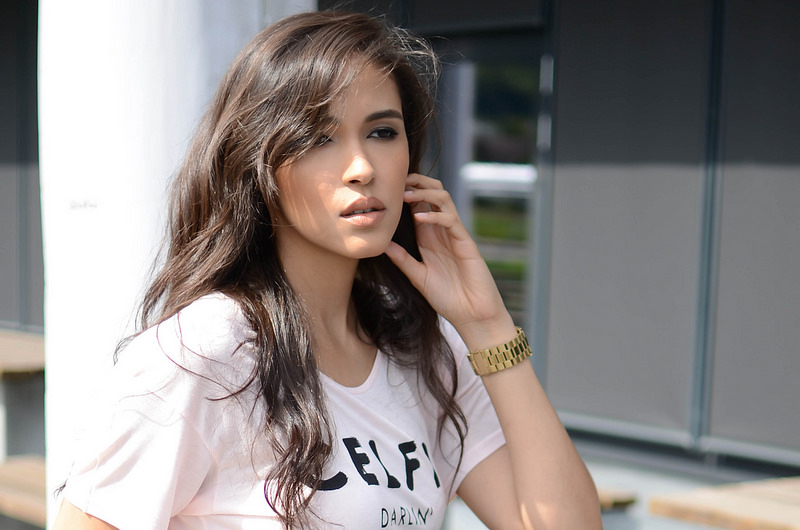 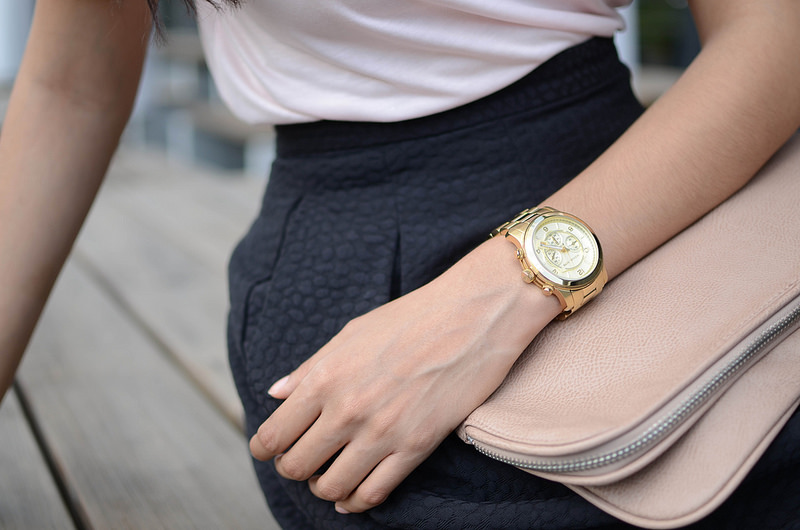 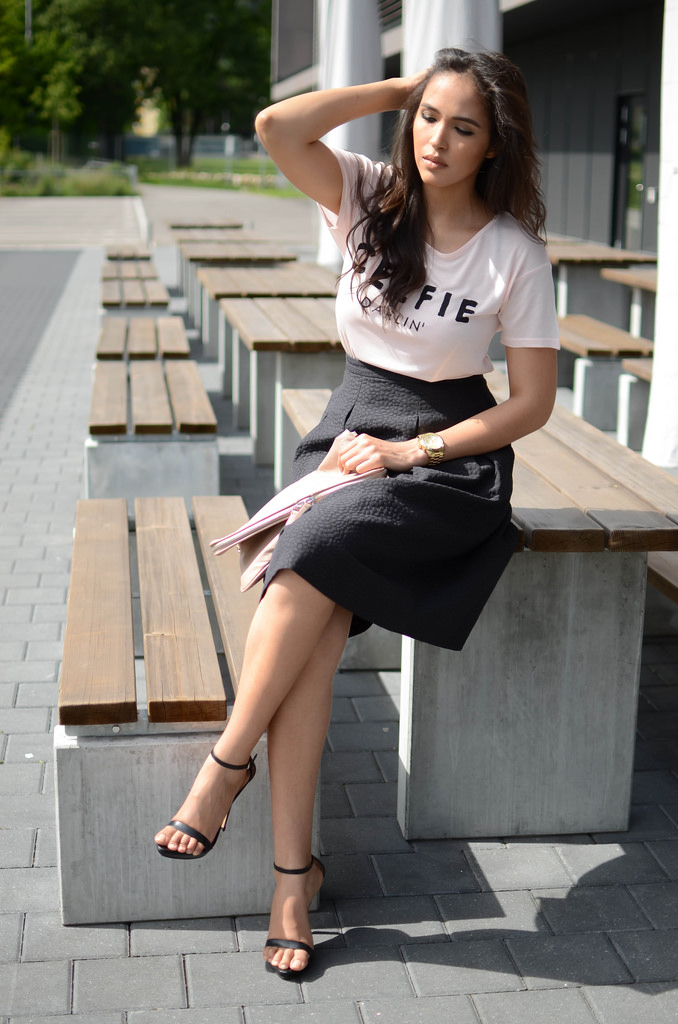 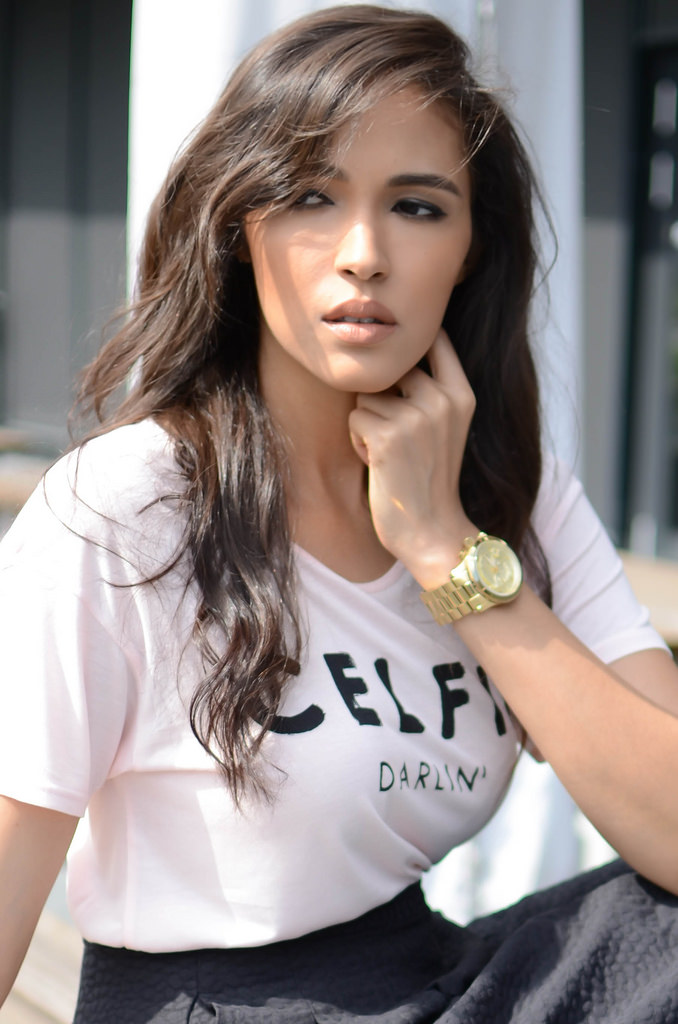 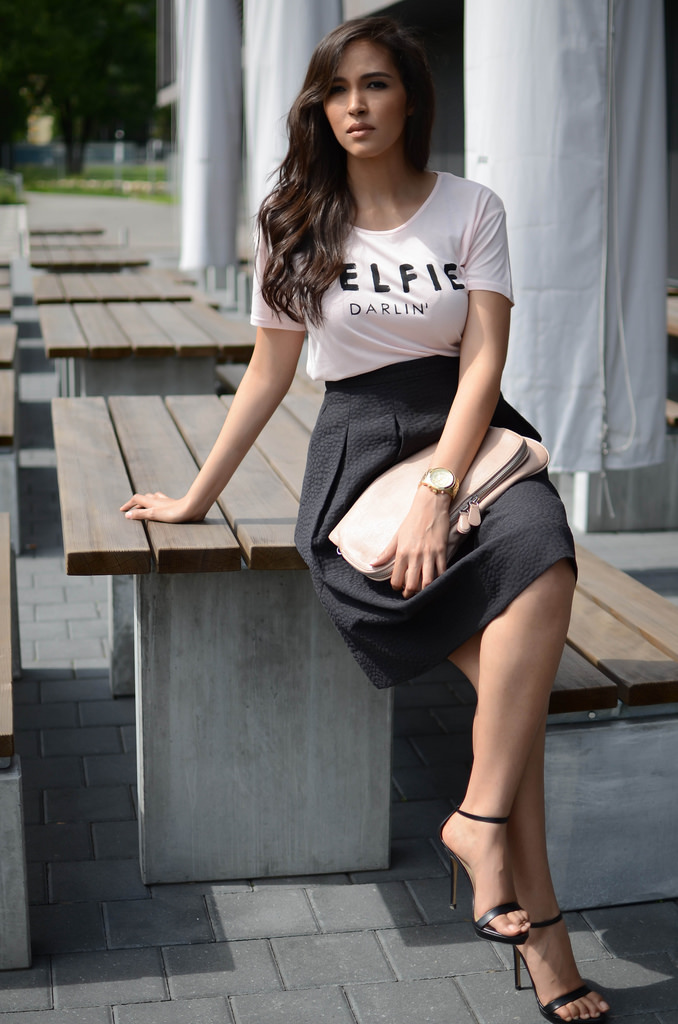 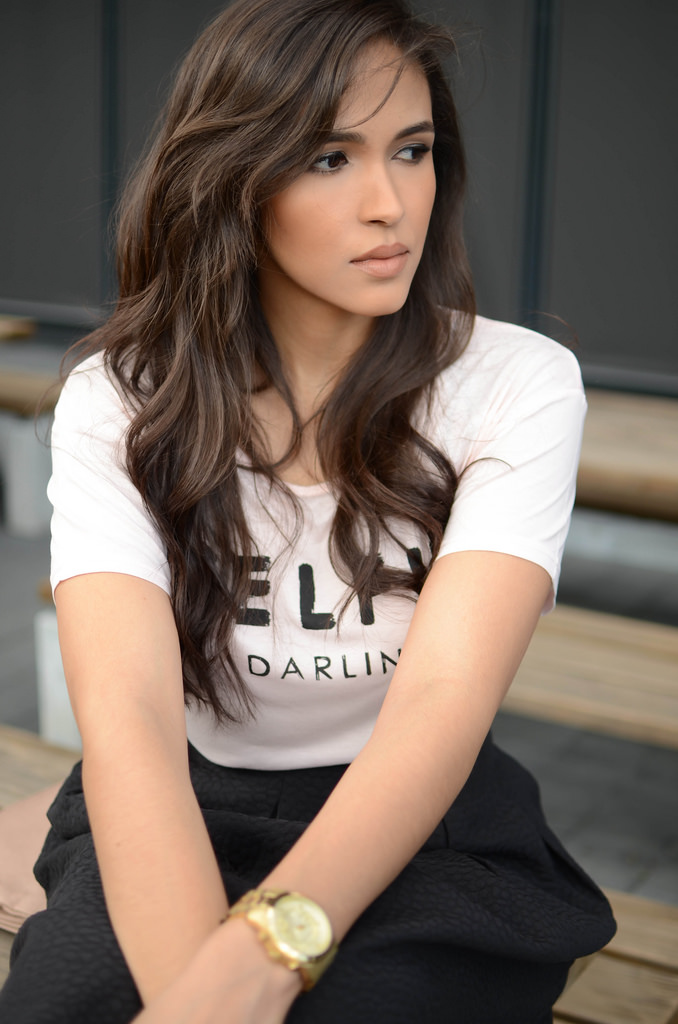 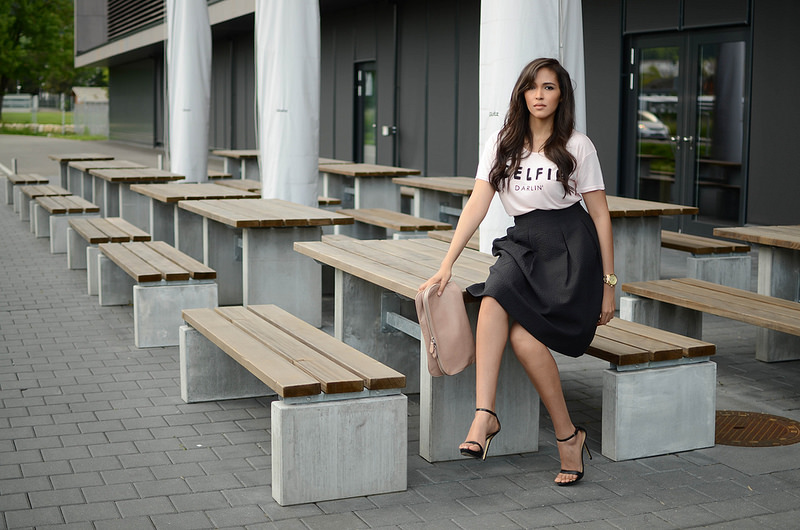 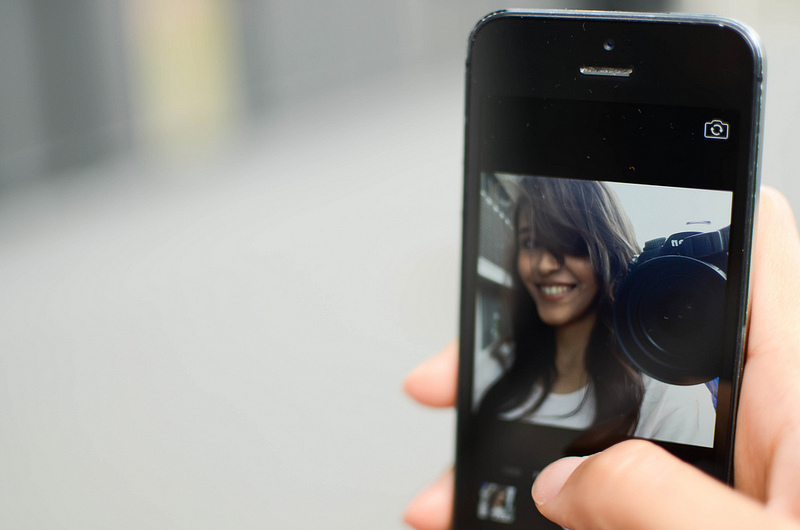 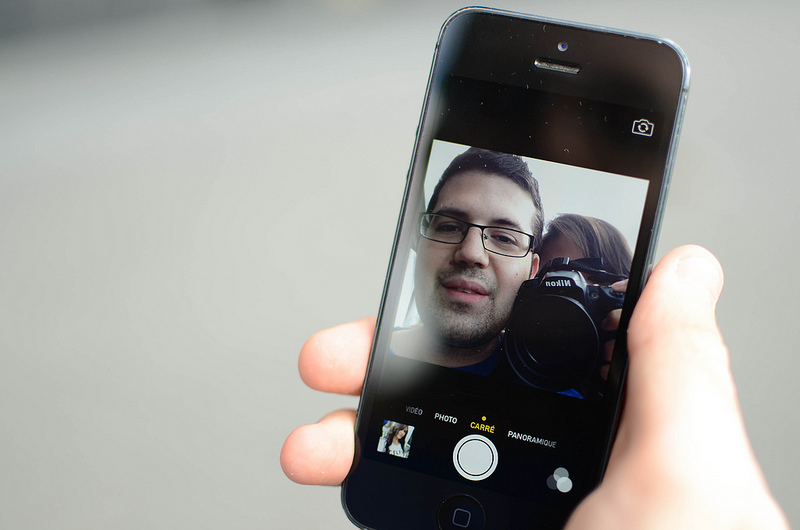 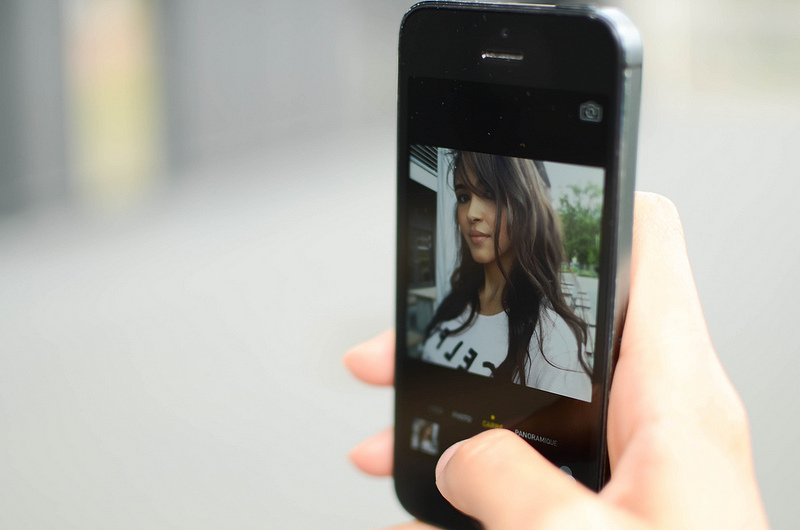